Inevitably, we leave it too late. When the elderly have left us, often-times when we remember them, our regret is that we neglected to ask them questions to which only they had the answers. 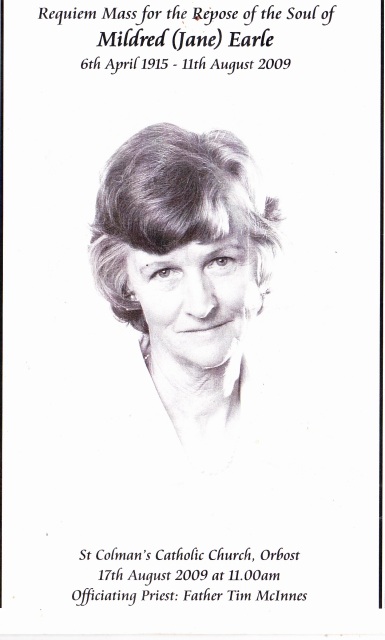 I have never believed that being orphaned at birth had any negative effect on me; that I would have turned out as screwed up as I am without any excuse from such a circumstance, but many insist that my being parted from my Mum as a newborn and placed in a home for six months would definitely have dented my psyche. I wasn’t truly an orphan; it was just that I was born with the rhesus problem of having conflicting negative and positive parents which affects the second and following children.

In retrospect, it was probably the unfounded guilt that my Mum endured, feeling somehow responsible for my problem, which drove her into a sanatorium. I understand that it was voluntary on her part, and that she was free to leave at any time. She worked there as a cleaner, doing housework and making beds. Cleaning up shit and puke; perhaps it was some sort of penance? I don’t imagine it was an environment that was any help to her except as an escape from the normal world into one somewhat off-kilter.

I should have asked her about that when I last saw her in her room at the old-age home at Lakes Entrance, Victoria, Australia, in 2004. I should have apologised for being a difficult teenager. I should have got her to tell me about her childhood, the best of times; not the stories of her fear when her father fought with his brothers, literally, as he sought control of the family business, the brewery. 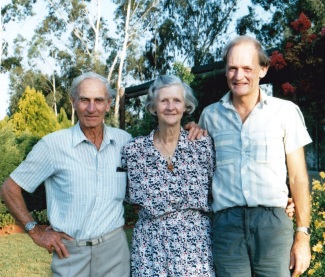 She seemed to have enjoyed boarding school, staying on for an extra term to prolong her participation in the school’s first cricket team as wicket-keeper. Perhaps that was an escape, too…

She was a gentle soul, a kind person, involved in the local charities, markets, and taking elderly ladies shopping up to a stage when she herself was older than those she helped. Totally involved in the farming activities, she was a hard and seemingly tireless worker. There were animals to feed, flowers and fruit to pack, a home to run. Her garden was always productive and while the table was always first customer, the rest was cleaned and bunched for market. Milk had to be separated and the cream sent on the train to the butter factory in Pietersburg.

Starting in her mid-forties, her depression, now called bi-polar, became more and more evident, with little sympathy from me, and much unsuccessful experimentation by the medical profession. Up and down, up and down.

Up, she bought a bicycle and vowed she would get a job in town 5km away from the farm, and cycle to work. Down, she gave the bike to one of the labourers…

I would have liked to have held her hand and gotten to know her. She seldom volunteered her thoughts, but I know she would have talked, if I had asked.

Writer of thriller novels. 6 Published: 'Purgatory Road', 'The Barros Pawns', and the Detective Dice Modise Series:'Hunter's Venom - #1' 'Medicinal Purposes Only - #2', and 'Children Apart - #3; and 'Tribes of Hillbrow'; all from Southern Africa.
View all posts by peterjearle →
This entry was posted in Family, Shaping a writer, South Africa and tagged Mildred Constance Arkell Earle. Bookmark the permalink.